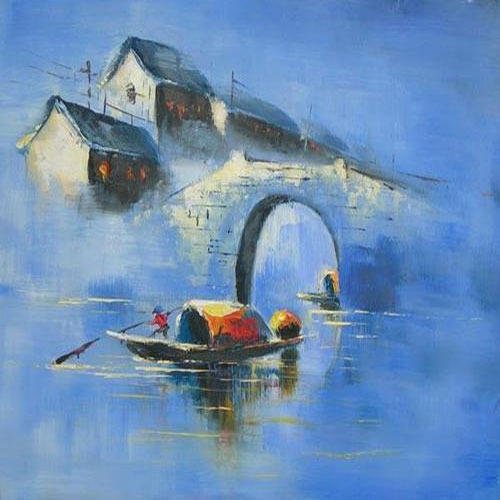 The art features young children seeking to the aspect with pinched expressions while one among them holds a signal reading, “Bring Our Mom Back.”

In the back of the work, the artist is 17-12 months-old Dominick Cocozza, who notes on his internet site that his ardor for artwork began “at a very younger age.”

Cocozza received the Congressional Art Competition, which seeks artwork from young makers every 12 months and is judged through neighborhood artwork educators. The artwork may be several mediums, and the prevailing paintings are displayed for a yr inside the U.S. Capitol Building.

“For this unique piece, I became inspired by the way of “Immigrant Children” who have been separated from their households!” Cocozza advised ARLnow in a social media message, referring to the portray’s name. “I want to illustrate this specific issue to inform my friends of this ongoing critical struggle.

He introduced that he was adopted from Central America as a infant; however, that the portray doesn’t represent his studies.

“I am commemorated to have my work displayed inside the capitol, and I desire it can spark information to my target audience,” Cocozza stated.

He says he painted the paintings as part of his AP Studio Art elegance at Yorktown. It turned into venerated the day before today for the duration of a rite for the opposition, which becomes held inside the eighth District of Virginia this year.

“His work expresses emotions a lot of my ingredients percentage,” Beyer stated. “It will make a sturdy influence at the participants of Congress, a team of workers, traffic, and tourists who pass it every day. I congratulate Dominick and Yorktown High School for this accomplishment and thank the numerous talented younger human beings whose collective work again made for a totally aggressive Congressional Art Competition.”

Continuing the immigration theme, the high-schooler published some other 24 by 30-inch painting on his Instagram referred to as “The Letter,” which indicates a lady masking her face along with her arms. Behind her, a letter pleads for a person to “Please stop isolating households on the border.”

“I selected to paint this in reaction to what’s presently happening in the United States,” Cocozza wrote in the photograph’s description.