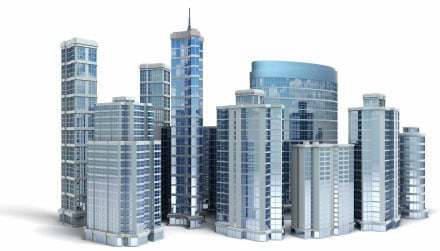 Even as housing prices in places like Beijing and Shanghai have shown signs of cooling, they remain red hot in many small cities like Yanan, putting pressure on prospective buyers like Jia Luyu, 30, and her husband, to get in now – or be priced out of the market. After long deliberation on a recent afternoon, the couple decided to pour their life savings into a 1.1 million yuan ($163,653.95) three-bedroom apartment in a new district carved out of the loess hills that surround Yanan. “Prices are rising too quickly here,” said Jia, a police department clerk, as she signed the contract. It was important to lock in a place as the couple plans for their first child, she said. Jia’s husband declined to give his name. While the central government has tamped down property prices in bigger cities across China to control the most extended real estate boom in over a decade, more fragile economies like Yanan have been left alone. Worried by the effects of a slowing Chinese economy, exacerbated by a bruising trade war with the United States, the government is allowing prices to rise quickly in Yanan and hundreds of other cities across the country.

Easy credit policies and official intervention in property markets are fuelling those price surges, raising fears that local governments may be creating the sorts of housing bubbles and debt burdens that Beijing has vowed to crack down on. Real estate prices in more than 200 Chinese cities out of 336 tracked by the China Real Estate Association, mostly smaller provincial towns, have been growing at double-digit rates in the past year, with Yanan’s rising more than 15 percent year-on-year in December, according to a Reuters analysis of the data. A dozen home buyers and agents in Yanan interviewed by Reuters said prices had almost doubled for some new projects in 2018.

In recent years, the building boom has transformed Yanan from a small town famed as the epicenter of China’s communist revolution in the 1930s into a bustling city of 2 million people. But Yanan, located more than 800 kilometers from China’s prosperous coastal regions, remains heavily reliant on crude oil production. Faltering prices have hit, and local authorities see property as a key to growth. The city government has intervened in the market by freeing up credit and reducing housing stock by demolishing aging homes to spur sales of new units. It has also invested heavily in developments like the Yanan New Zone, where Jia and her husband bought their flat, lured by the new schools and hospitals. Her office was also moved to the zone from Yanan’s old town, along with a slew of government agencies.

“It’s ironic to think few had wanted to buy in this area not too long ago when prices were less than half of where they are now,” she said. Much of that soaring demand stems from Yanan’s embrace of a national slum redevelopment program, mainly financed by policy banks such as the China Development Bank (CDB). That has led to the demolition of over 90,000 homes in Yanan in the past two years. Those whose homes were demolished were paid off, with cash compensations ranging from hundreds of thousands of yuan to the millions, according to interviews with half a dozen Yanan residents and government proposals made public online.

Li Xing, a 32-year-old taxi driver, said his mud house behind a vegetable market would be demolished this year and that he plans to use the compensation for a down payment on a new apartment. Yanan’s housing stock has fallen to “nearly nothing,” said an official at the housing bureau who asked to be identified only as Wang. The official said the city would stick with its current housing policies. China’s leaders signaled in December that more policy easing at the city level would be tolerated this year as downside risks in the real estate market were increasing. Cities would be given responsibility for “stabilizing” their respective real estate markets based on local conditions, they said. Still, Yanan authorities appear to be trying to keep the city’s boom under the radar.

Yanan’shousing bureau stopped publishing monthly home price data in September. That followed a report in the official People’s Daily that the city’s price growth was the most robust in Shaanxi province. The housing bureau declined to comment. ‘UP TO THE GOVERNMENT’ As prices soar, developers have flocked to projects like the Yanan New Zone. Yango Group (000671.SZ) is constructing a residential project in the zone of about 70 football fields, with homes averaging 8,600 yuan per square meter. Big-name developers such as Sunac (1918.HK) and Future Land (601155.SS) are also aggressively bidding for land in the zone, with hundreds of apartments planned. Zhang Ning, who manages a 24-people sales team at Future Land in Yanan, said he was optimistic despite a slightly slower sales pace since October.

“I’m hoping we can sell out by the end of this year,” Zhang said, adding that the developer had about 800 apartments planned. He said residential land prices in the Yanan New Zone had soared almost fivefold since 2015. Approving large numbers of new home sales has had a clear impact on the local economy, the authorities say. Real estate spurred Yanan’s economic growth by 0.4 percentage points in 2017, with an “obvious positive impact” on other related industries, the local Statistics Bureau said. Property investment doubled in 2018 from a year earlier. Land sales totalled 2.8 billion yuan from January to November, up more than 450 percent from a year earlier, Reuters calculated from the China Index Academy data. “Whether the market will keep booming depends on whether the government is short of money or not,” Zhang said.

“Take a look around, and just imagine how much debt the government has taken on in building this new zone.” “And I think they will definitely seek to maintain the stability in the real estate market if there are signs of a sharp cooling,” he added. The local government did not respond to a request for comment. RISKS IN THE SYSTEM Sheng Songcheng, a People’s Bank of China adviser, told a forum in January that he was concerned about smaller cities’ risks. China’s housing bubble is bigger than Japan’s when it burst in the 1990s, judging by the income-to-price ratio, he said. “There are indeed some overshooting risks,” said Wang Yifeng, director of the Financial Center of Minsheng Bank’s Research Institute in Beijing.

An official close to the People’s Bank of China told Reuters the central bank would keep property risks in check, although he conceded that local governments would always find ways to let buyers bypass curbs and keep supporting high prices. However, Liu Yong, CDB’s chief economist, dismissed concerns about a property slowdown dampening local economic growth. The policy bank’s branches were monitoring conditions to evaluate projects and adjust policy accordingly. “It won’t be a one-size-fits-all approach,” he told Reuters. Even with the risks, many in Yanan feel the city’s role in Communist Party lore – President Xi Jinping also spent nearly a decade of his youth working in a village in the region – will insulate it from any downturn. Yang Quan, who manages two apartments on Airbnb in Yanan, said he planned to buy a new home in the city this year. “As long as President Xi Jinping is in power, Yanan’s property prices will keep rising,” he said.